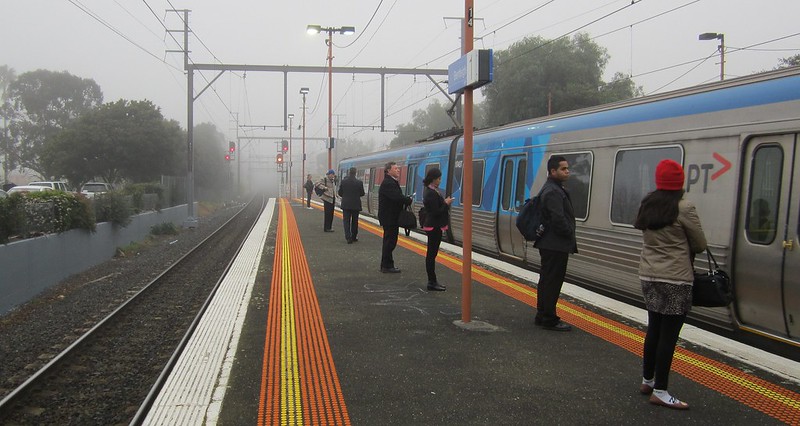 I think I’m with Mo. It feels a little uncomfortable. Which is not to say I’d avoid taking a seat because of it.

What do you think?

(Yes, I’ve been — to coin a phrase — sitting on this draft post for a while now. About three years, it appears. Yikes.)

On a more serious matter, PT Not Traffic has a survey running… Only a few questions; it’s aimed primarily at the Bentleigh state electorate to start with, but will spread elsewhere soon. Check it out here.

Sitting on a warm dunny seat is worse (unless it’s a family member’s heat, perhaps)

Did a lot of VR country travel when younger. I really liked the old foot warmers. Chemical tubs, give them a shake and keep the feet warm on the cold mornings.

What would Troy Buswell do?

There’s a word for that, from The Meaning Of Liff:

SHOEBURYNESS (abs.n.)
The vague uncomfortable feeling you get when sitting on a seat which is still warm from somebody else’s bottom

It would be nice to have a warm seat when the weather is otherwise cold.

Better than a freezing cold seat when it is a cold day.

Yes, well in some countries heated public dunny seats are the norm!.. kinda takes a bit of getting used to.