Another in my series of old photos from ten years ago…

In 2004 the situation with crowded trains hadn’t really hit as a big political problem, which is why it took until 2006 for the government to decide not to scrap all the Hitachi trains after all, but expand the fleet. It was certainly occurring at that point however, and I snapped this photo one morning at Richmond. I was particularly pleased with it — it conveys the sense of frustration from passengers really well. 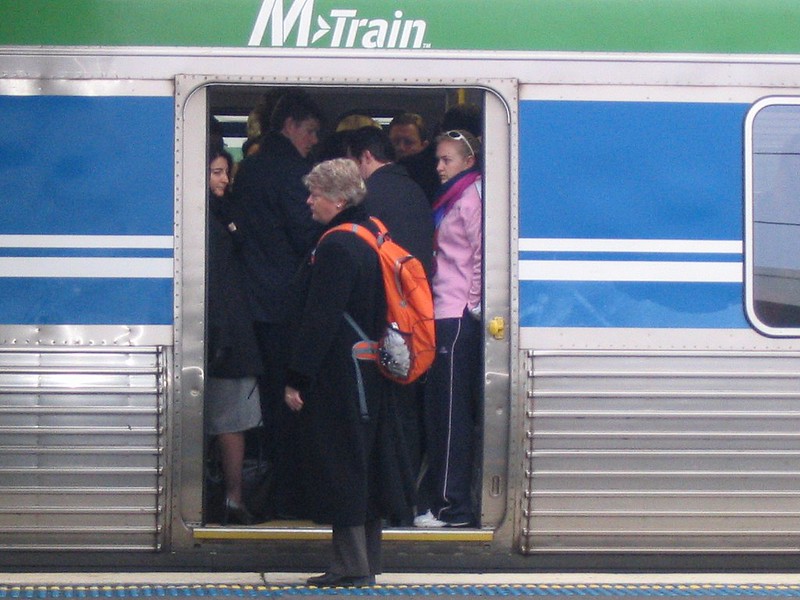 [Another pic from that same morning]

At Southbank there used to be a regular display from a group called Chalk Circle… one day I found that had this image of The Goodies. 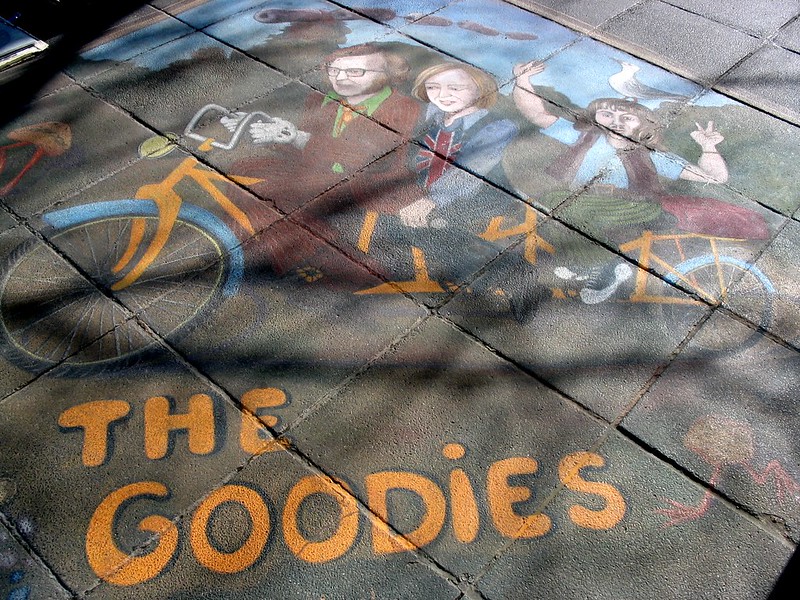 They’re a common hazard now, but chuggers were around even back then: 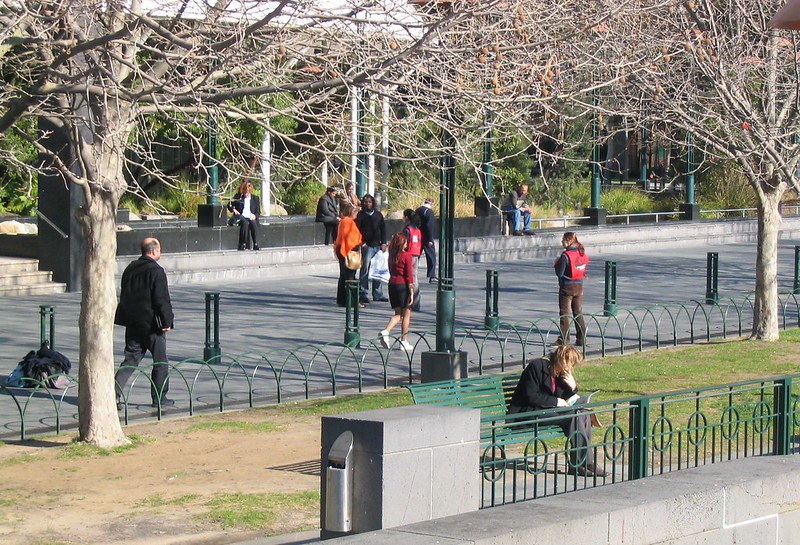 The view looking west along the Yarra. Despite it being almost 20 years since trains ran over the Sandridge bridge, it still looked like a rail bridge. It’s only in recent years that it’s been fully renovated and made available to the public again. 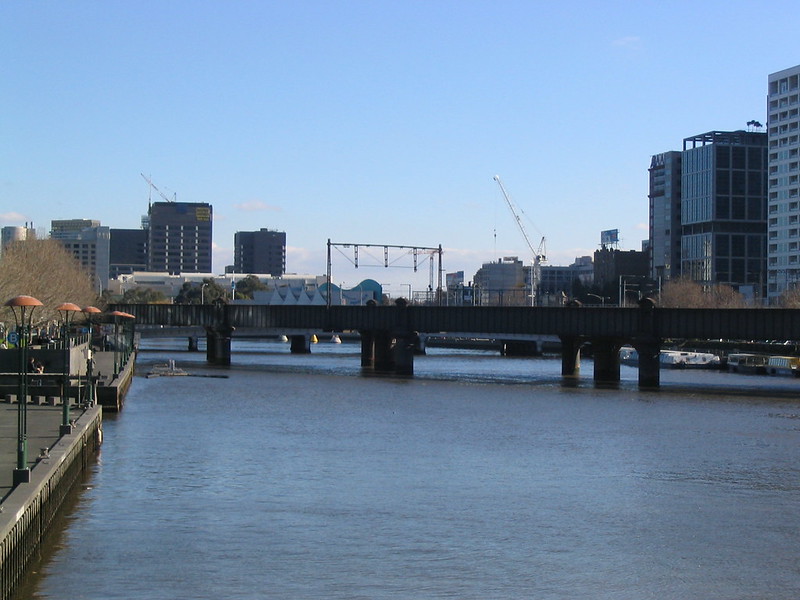 Jeremy using the computer at home (see another view here). Note the floppy drive. In the foreground is a Harry Potter DVD — I’d ordered it from Amazon UK because in Australia at the time you couldn’t buy the widescreen version. 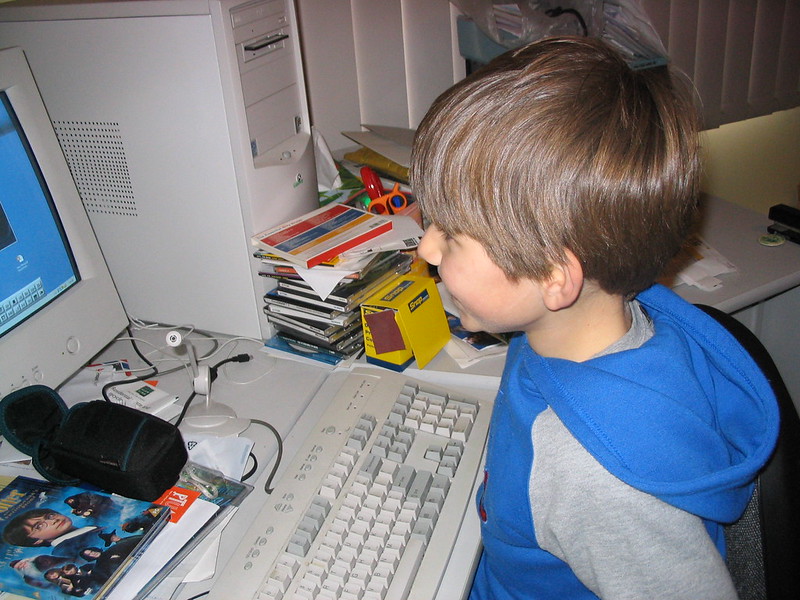 By way of a bulk sale of their Summertown CD, my mate Tony organised a private concert in his house of Deborah Conway and Willy Zygier. [Original blog post] 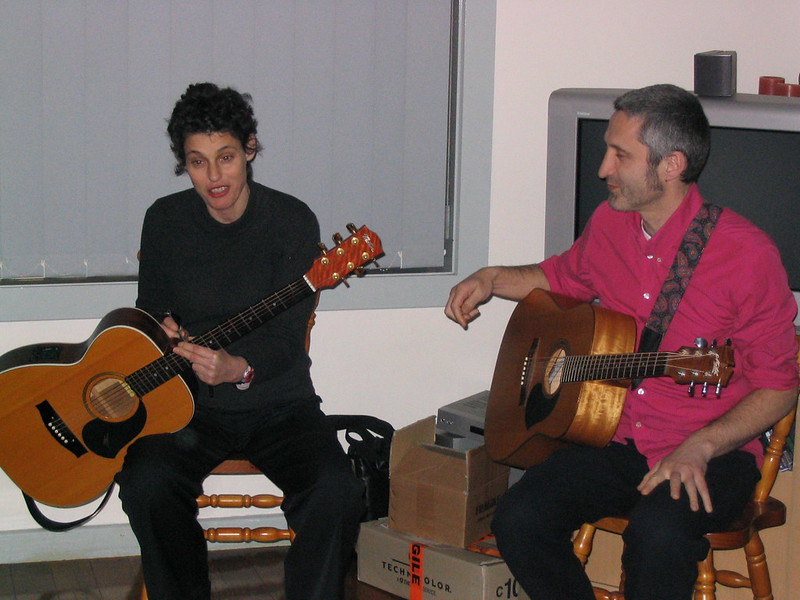 Lordy, I remember Tony’s concert night. So long ago.

The first pic illustrates one of my gripes – people who insist on wearing back-packs on crowded trains. As the picture shows, the backpack increases the woman’s depth by 50% (for a lot of people, this is 100%). There should be announcements on the platform for passengers to remove backpacks to make more room in the carriage.