The Nylex sign worked for years, inspiring Paul Kelly’s song Leaps And Bounds. I caught it at 11 degrees (and in the month of May, too), as in the lyrics of that song. In 2005-06 they tried to get it working with an upgrade, but seem to have given up now. 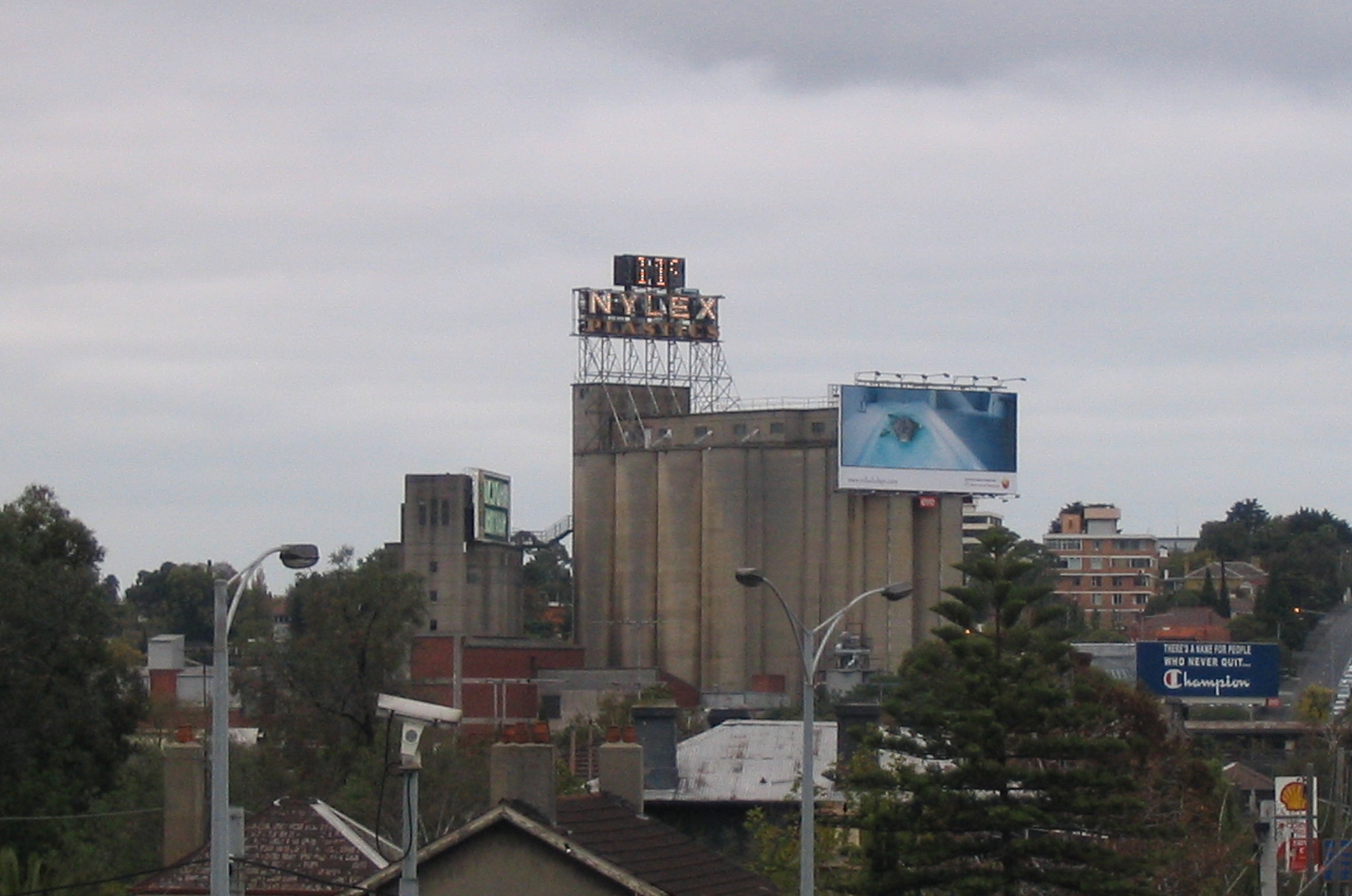 I took the kids down to Port Melbourne one day to see the Rainbow Warrior (the second one), Greenpeace’s ship which was visiting. I don’t think we actually had a look on board — from memory it was quite busy, and we hadn’t booked. But it was good fun to look around the pier. 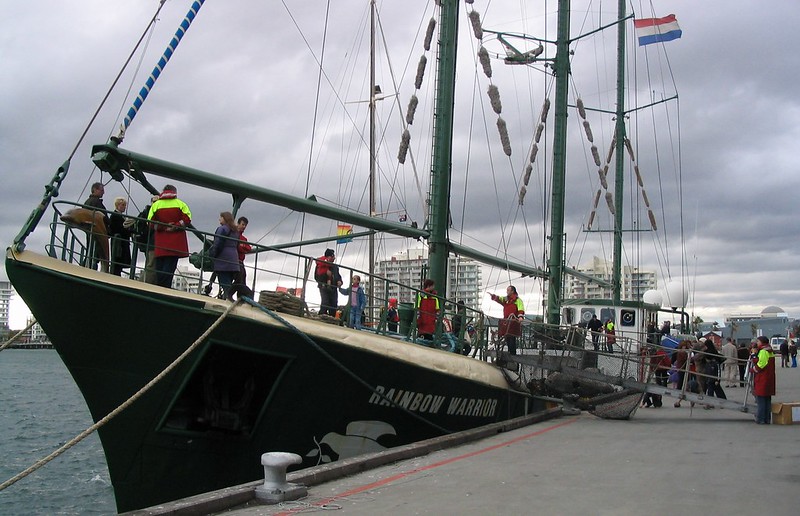 2004 was the year we got the XBox. One of the initial games I got for it was Midway Arcade Treasures, which included my old favourite Gauntlet. I’d have to say that arcade games aren’t well-suited to modern console controllers, which are no good for mashing the buttons (high-speed repeated presses) — particularly a problem in games like Joust, which was also included. For a while the kids enjoyed playing Gauntlet with me. 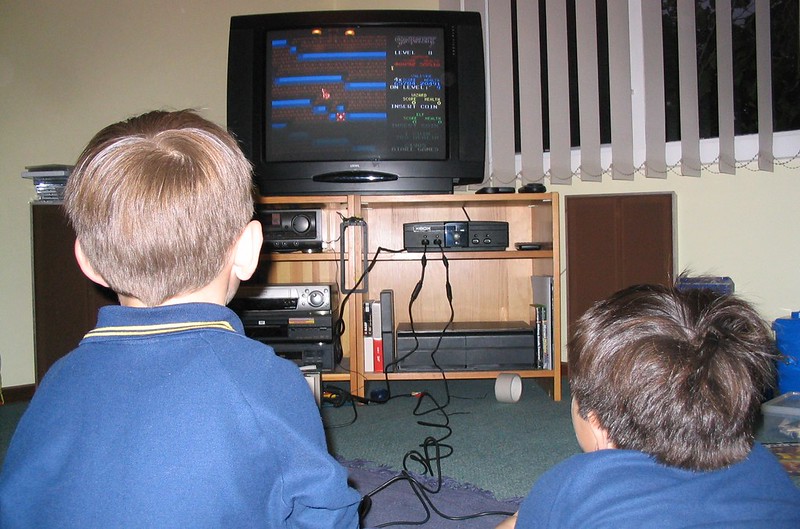 People who haven’t had kids in the last decade or two might not know about indoor playgrounds. I might be wrong, but they seemed to take off in the late-90s, and by 2004 there were lots of them. This is one in Moorabbin. Like all of them, they’re quite fun (even for the adults, sometimes) if not too busy, but when they get crowded, they’re just a feral cacophony of noise. If they’re not too crowded, sometimes adults can enjoy the facilities — in this picture you can also see my stepfather Peter and his daughter Emma sliding down. 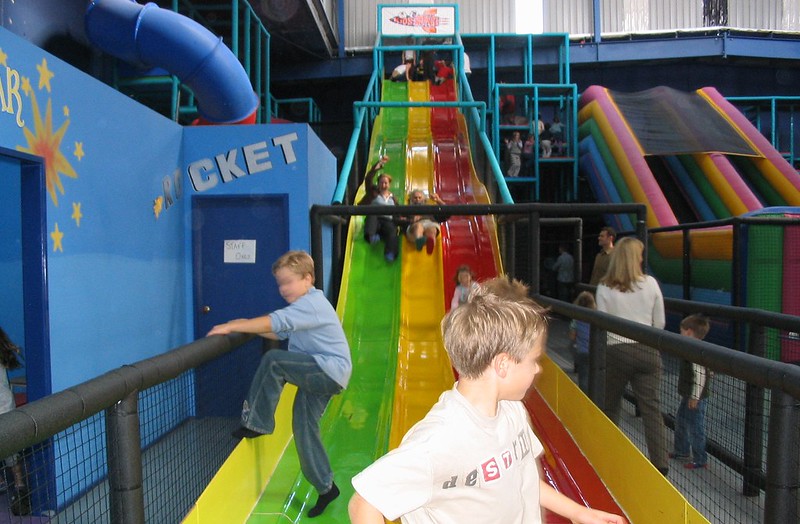 I think Tony had let me know this was there — the then Tattersalls office on Dandenong Road had a giant electronic billboard, but on this day it was obviously faulty. In the background is one for the trainspotters: a Comeng train in the M>Train colours (matching the M>Tram scheme seen last month). 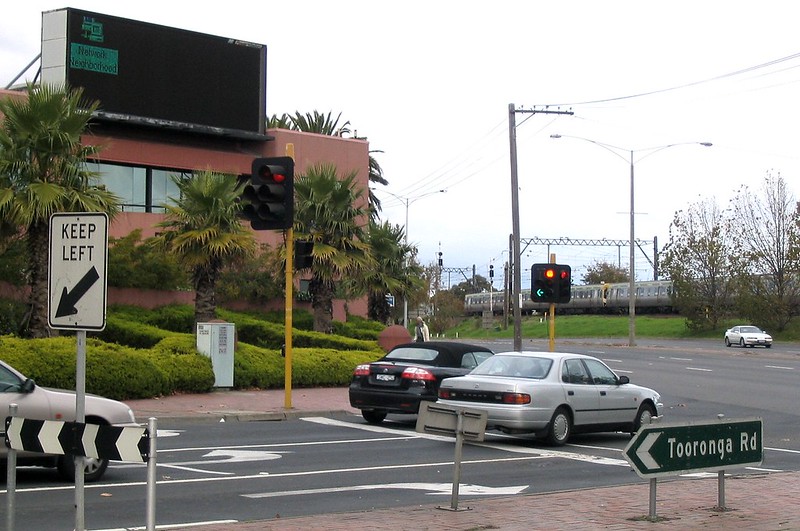 A nice walk down memory lane. The children’s indoor playgrounds were great for our kids’ parties in the late 1990s/2000s since our home and backyard is relatively small.
PS Thanks for taking the time to respond to everyone (including me) in your last post on the rail tunnels.

The Cheonggyecheon Restoration Project in Seoul comes to mind, which cost $281 million. It involved burying a highway to restore a stream running through the middle of Seoul.