I spotted this a while back, but forgot to blog it. It was published by the ABS in October 2012, but it’s still worth noting:

“While the household car is still the preferred method of travel to work for most Australians, the train has overtaken walking as one of the most preferred modes of transport,” Mr Henderson said.

“The proportion of people opting to take the train has increased from 3.4 per cent in 2006 to 3.9 per cent in 2011, putting the train in the top three methods of travel to work.” 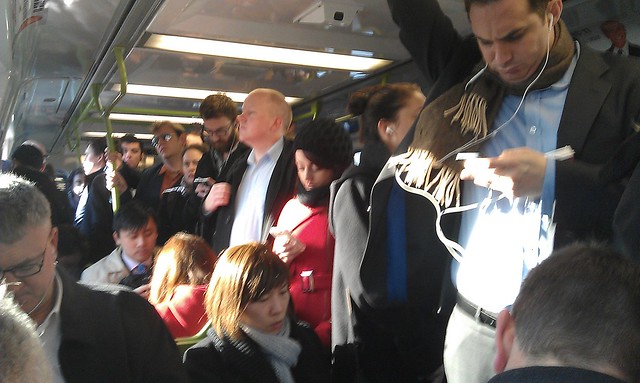 Trains being in the top three is pretty amazing given that while walking and driving are more-or-less universally available in every area in Australia (the latter subject to income and ability), travel to work by train is confined to a much smaller proportion of the population.

Of course, driving still dominates because most people have no viable choice — as I’ve said before, if we want more people to choose efficient modes, they have to be given the choice… which, remember, is the sort of investment that what most people want.

As you say, this is the Australia-wide figure. And of course it’s for train only, not for train plus some other mode as well – if that’s included it’s likely train travel would have been in the top three for quite some time.

In cities it’s a very different picture. Of course train travel is more available in many places, but there’s also a lot less ‘car as passenger’ (sometimes described as the public transport service that runs once a day). In fact in Melbourne, if you look at the figure for train travel (possibly in combination with other modes), this has only once failed to come second to ‘car as driver’. That was in 1981 when it was briefly pipped by ‘car as passenger’, and not coincidentally 1981 was also the year public transport use per capita in Melbourne bottomed out after its postwar decline, before slowly edging back up. Even if you look at ‘train alone’ in Melbourne, that has been coming third behind ‘car as driver’ and ‘car as passenger’ for at least 20 years, and overtook ‘car as passenger’ sometime in the last decade.

How do the other 20% of people get to work? Or do they work from home?

That’s a fairly disappointing stat if you ask me it shows that busses as the most likely public transport solution to represent an anywhere to anywhere solution in the urban context are significantly behind the predominantly radial focus of the rail network. It shows that the bus network performs so badly that it can’t even out do a mode which predominantly focuses on a single node.
When you consider stats like the CBD, docklands and southbank have about 15% of Melbourne’s jobs and only 28% of jobs are located within 5km of Melbourne CBD this shows that the 70+% of jobs outside central areas must have very poor access to PT services. It would be worse still when you consider of the 30% of jobs within the city that a significant number would still require vehicular access which should further dilute rails potential.
I see this stat as not necessarily representing how great our rail system is but rather how poor some of our transport system is for the majority of people that could potentially use it especially with busses, cyclists etc.

The word “preferred” implies a “choice”. For many people, depending on their circumstances, the options may be so constrained as to prevent any realistic “choice”.

I seriously didn’t have any idea about that what percent people prefer train over car. I guess it saves your extra money which you have to spend on the maintenance of your car.