A few thoughts on Federal politics from the last few days.

I think Gillard did some great stuff. Carbon tax (some don’t like it, but it works), National Disability Insurance Scheme, the Royal Commission into child abuse, and (along with her predecessors on both sides) keeping the economy afloat in dire economic times — and all while dealing with the challenges of a minority government, making it difficult to get anything done at all. 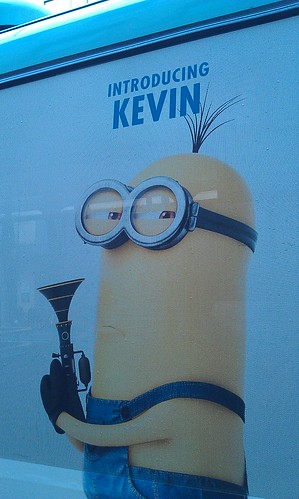 But for whatever reason (probably a combination of sexism and problems of running a minority government), she had zero chance of winning the next election for Labor.

Rudd is apparently a control-freak and difficult to work with, but has a small chance of winning. Small is greater than zero. And even if Labor can’t win, it’s better to have an Opposition that works than an Opposition that’s been almost totally destroyed.

Why is this important? Because the Coalition under Abbott is regressive on key points. For me, the two biggest are that they won’t fund urban public transport, only roads; and they will abolish the carbon tax even though it works.

And of course there’s Abbott’s half-baked (but most of the cost) version of the National Broadband Network — completely lacking in the vision to see the types of emerging IT-based industries that could help drive the next economic boom, as well as bring benefits right across the country, especially in regional areas, such as much better (remote) access to medical services and advice.

(I fully suspect that if Malcolm Turnbull hadn’t lost the Liberal leadership vote by a single vote, the Coalition would have a much more enlightened view on these three issues.)

One more thing: Abbott and others are criticising Rudd because he wasn’t elected by voters to be leaders. Abbott didn’t have such criticisms when Napthine took over from Baillieu in Victoria. Reality is, us voters don’t directly elect leaders. Both Rudd and Napthine are legitimately leaders.

Update 29/6: Added picture of ad for “Despicable Me” that I saw on the side of a bus earlier in the week.

15 replies on “Some thoughts on the Labor leadership spill”

A nice little summary of Labor’s achievements under Gillard. It will be interesting to see if Labor can claw back any voters leading up to the election.

I don’t think Turnbull would have a different broad band policy. The customer will be paying directly for the last part of their connection to the network, thereby offering private companies an opportunity to make money from the internet, just like Turnbull made much of his fortune.

Nice to see some one reminding people that we do not directly elect leaders – unless you are unlucky and the leader is your local member.

The railways in South Australia and Tasmania are a ‘Federal responsibility’ as those states handed theirs over to the feds, and there is a section of the constitution to facilitate that.

I am sure the feds can fund a state project, the feds need to pay the money to the state, for the state to then spend that money on the works.

One of my passions in my fightforrail.info website is, that the states make use of that section of the constitution, and hand over the structures to a federal government such as the A.R.T.C., but keep the rolling stock and operate them just like any private operator does.

Yes, that is a true point. Perhaps, the best way for labor to do this is, to have K Rudd voted as ‘the leader of the ALP after the Election’ Keep Ms Gillard in the role until the end of this term.

Strange news indeed this weird world of Australian politics. I’ve been in NZ road tripping sans internet for a bit, and I was limited to what news I could read about this all happening. I still haven’t had a chance to properly figure out how it all went down, but you’ve summed up my views on this new period perfectly.

I think Gillard was a more effective and better leader than Rudd’s previous tenure. However, Rudd has a better chance of winning the next election. Abbott is untrustworthy, and has regressive views on many issues (although some of his policies I actually agree with); he should not be our Prime Minister. Let’s hope Labor can play this out right and we can see them in power for another term. Let’s hope that Rudd has learnt from his previous mistakes and learns to negotiate! Perhaps we’ll land a decent Labor government that can pass legislation and keep the public happy.

I don’t think you can blame Gillard’s problems on the minority parliament, because there’s almost always a minority parliament—governments rarely have a majority in the Senate. Whereas ordinarily the House of Reps is a rubber stamp and the Senate a challenge, under this parliament it was the Senate that was a rubber stamp and the House of Reps the challenge, because you only needed either the Greens or the Liberals on side to get things through the Senate, and you needed either the Liberals or the Greens and a few others to get things through the Reps.

I think a lot of what went wrong was image management in the beginning. If Gillard had’ve made some of her stuffups (like “the real Julia” and signing an agreement with the Greens as if they were equals) from opposition, they wouldn’t’ve counted for as much, and she would’ve had her whole prime ministership with that experience. She definitely got better in that regard as she grew in the job.

I think the accusations of sexism to the Australian public probably hurt her cause. Sexism still exists, and there were many inappropriate criticisms of her, but a lot of what was said sounded like “You only don’t like Gillard because you’re sexist”, which is insulting, and normal people will respond to that by reaffirming their position, however well or poorly founded it may be. In any case I doubt we’re fundamentally more sexist than Germany, New Zealand or especially England in late 1970s so I think the contribution of this factor was overrated.

Rudd has some prospect of avoiding a catastrophic wipeout of Labor MP’s such as what happened in Queensland.

Which raises the possibility of Labor returning to Government in 6 years instead of in 16 years from now.

But even if he loses less catastrophically than Gillard would have done, it is hard to see how Rudd has the temperament to stick around as opposition leader.

In 2008, Rudd said building High Speed Rail between Melbourne and Sydney was the “highest infrastructure priority” for his government.

That would have been a great way to stimulate the economy instead of wasting $42 billion on giving $900 to everyone, Pink Batts and school halls.

Next time Australia is faced with recession, can we please build it.

Building HSR would NOT have been a better stimulus than
The insulation, school building and cash payments.

Building major infrastructure projects has a very
Long preparation time, which is exactly what Australia didn’t
have.

The cash payments propped up confidence & spending in the short term.

The insulation program provided a large number of jobs.

The school program propped up the building sector which otherwise would have shed thousands of jobs.

HSR could possibly have partially replaced the
School building program, but the number of people & firms who can build a rail line is much smaller than who can build a school hall.

A stimulus package’s main purpose is not the thing that is built, that is a (hopefully useful) byproduct. The main purpose is to keep people employed. That’s why the Australian stimulus was an outstanding success.

Robert, at least $1 billion was spent on auditing the insulation scheme to make sure more deaths wont occur from it.

Gillard wanted a cash-for-clunkers program until the Queensland Floods hit.

Both those schemes were about rewarding inefficient people!

Australia may have a recession in 2015, and this time can we have a stimulus program to remove 100 level crossings from Melbourne or build PT infrastructure that improves productivity.

@Jacob – Whilst it was indeed a tragedy that people died as a result of homes insulated under the home insulation scheme, the rates of fires as a result of poorly installed insulation (and more correctly, poorly housed halogen lights) actually dropped under the scheme. Yes, more people died from insulation related fires after the scheme began, but only because the total number of houses being insulated went up so much.

The mainstream media’s reporting on the scheme was a farce and lacked any real analysis of the policy’s outcomes. Thankfully, Crikey did break that mould and evaluated the scheme more fairly.

The $1billion spent auditing the program is still money that flows into the economy. It still means jobs, and the flow on positive effects to the economy that jobs create. It also means there is now a regulation system that previously didn’t exist for housing insulation in Australia, and as a result we can expect that the rates of deaths from insulation will continue to be lower than it was before the scheme was launched.

People who don’t move their car out of the way of a flood which is taking four days to arrive, because they can get a “free” new car out of it, are inefficient people.

It should be illegal for insurance companies to offer policies which will give you a new $45k car when your old one is only worth $20k.

In what sense does the carbon tax ‘work’? Even with the most generous estimates of the effects of carbon dioxide and Australia’s contribution to them, it won’t reduce global temperature by any more than a hundredth of a degree; or to put it another way, it will delay the apocalypse (assuming one is due) by about four hours. And in order to pay for this negligible and dubious benefit, we are charging productive companies real money, laying off workers, and handing more and more money across to a government which has clearly demonstrated it doesn’t have a clue how to spend it effectively.

So again, if you think the carbon tax ‘works’, what do you mean by ‘works’?

@Jon, in my view it’s working if it reduces Australia’s emissions, without adversely impacting the economy. The worldwide impact is through influence – as I wrote when the scheme was first announced:

It’s true that Australia represents only a small fraction of overall global emissions. But people are are watching, and influence is important. On any issue, people look to those who are leading the world. Here’s a small example: while I’m not even sure I agree with it, it turns out that inner-city Melbourne has been hailed as a world leader in pedestrian-friendly streets. If we have any hope at all of convincing others to do something about reducing emissions, we have to get our house in order.

– http://www.danielbowen.com/2011/07/11/carbon-scheme/ – noting comment 2 on that post did a good job of criticising the cost and effectiveness of the scheme in comparison to alternatives.

The other point is that Australia, with 2% of the world’s emissions, is still one of the highest per-capita and is in the top twenty. If every country with emissions of the same magnitude as Australia’s (which includes Britain, Germany, Canada, Brazil and Mexico) took the position that their contribution to global emissions was so minimal there was no point doing anything, that’s collectively a big chunk of global emissions left unaddressed (Britain and Germany are, fortunately, doing quite a bit – although Germany has shot itself in the foot with its decision to phase out nukes at the same time as it tries to decarbonise).