A little while ago I bought myself the Collected Shaun Micallef — a box set of numerous shows of his, including The Micallef P(r)ogram(me). The kids and I have been watching our way through it.

I remembered that I had gone to a recording of the show, but had no idea which episode it was. The other night it became very obvious that it had been the final episode of season 2 — in a sketch parodying The Price Is Right, there I was, in the audience. 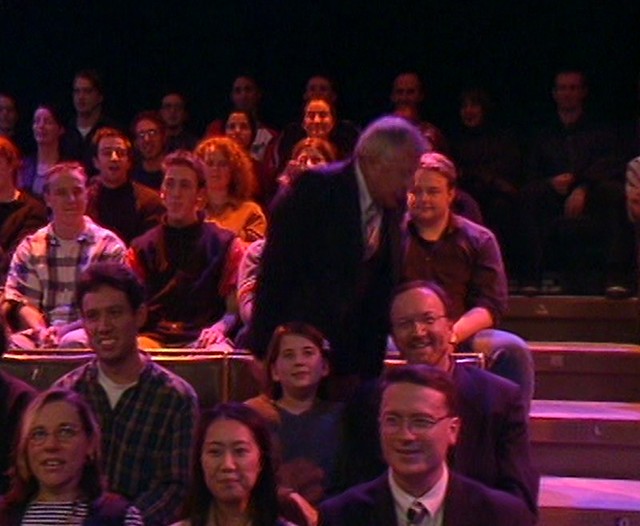 Coincidentally last night we went to a recording of one of Shaun’s current series — Mad As Hell. We arrived about 5pm, and around half-an-hour later were let into a waiting area, then into the studio itself, with recording starting at about 6pm. With stops and starts and gaffs aplenty, it took until about 8pm to record the half-hour show. 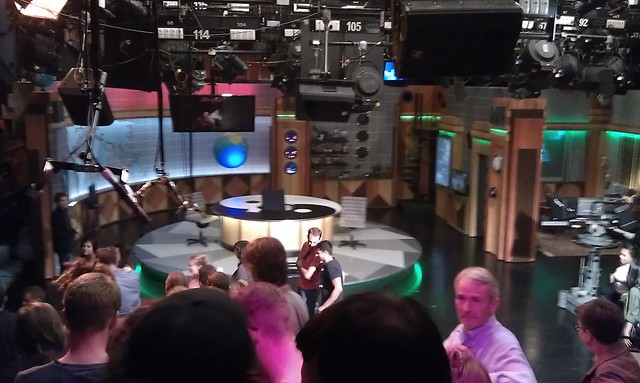 Most unintentionally amusing moment: after numerous warnings to go to the toilet before recording started, the warm-up guy asked if there were any final questions before beginning, only to be faced with one gentleman piping up: “Is there time to urinate?” — he was whisked off to do so.

Best moment you won’t see on-screen: an audience member who is a musician from Morocco (who has just emigrated) being invited onto stage to play a guitar they’d found. He played a North African song which (if I got this right) is about a bloke who pays a dowry for a wife but is dudded by the father (who has dudded many suitors) and ends up alone.

I don’t think there were any shots of the audience filmed for the show, but the warm-up guy took a photo of part of the audience. I’m up the back, a blurry blob in the dark, waving. 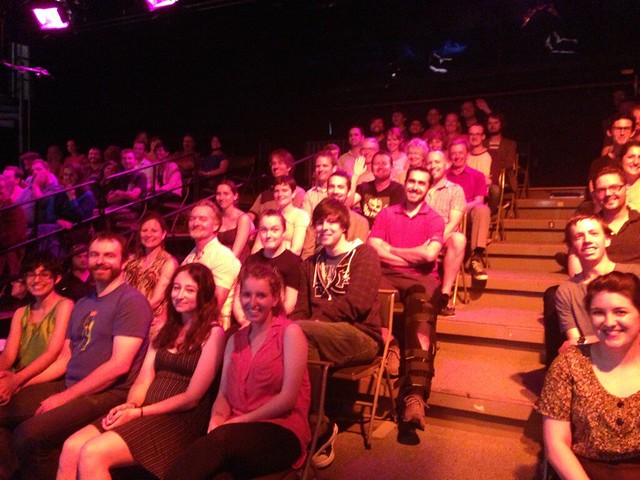 Lots of fun… apparently they still need audiences for later in the season.

5 replies on “Not live, from studio 13 at Gordon Street”

What a hoot! He’s a great Aussie talent. It’s a shame his current show isn’t that funny.

You’re a bona fide media megastar! I wished that I’d have gone to some ABC tapings when I was in Melbourne..

Went last season and going again in March. A fun and free night out .

Me and my sister were at this recording. I was known as ‘Julie from Newcastle’ the warm up guy kept picking on me. The best part was when I mentioned we had met Shaun before and Shaun looked up at us. We went to a recording last year as well and Shaun remembered us by name from a previous time we’d met him.
It’s an awesome night out and any excuse to go back to Melbourne is worth it!