This building looked extra-foreboding last night against the grey sky. 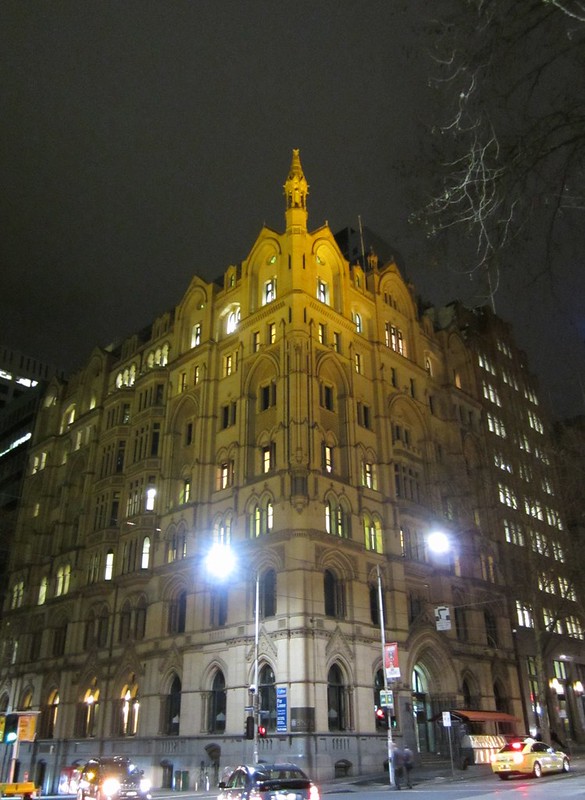 It’s the Bank Of New Zealand Australia building, on the corner of Collins and Queen Streets. BNZA is sounds like ANZ backwards, but it’s actually now part of NAB. The building was once known as A.C.Goode House, the original section of which dates back to 1891.

Joseph Reed, the architect, also designed the State Library (but not the reading room), Trades Hall, Rippon Lea, Melbourne Town Hall, and many other 19th century buildings around Melbourne.

Nice pic! Looks like something from The Addams Family TV show. Spookey.

It is a fine building and I have taken some photos of it before. Funnily we just got off the bus there yesterday.

A lot of the old gold-rush buildings good pulled down in the 50s and 60s. Funnily enough people are complaining the “modernist” buildings that replaced them are not being preserved after they finally earned some heritage value (was a New York Times article on it a few months ago.)

It’s beautiful. What is the building used for? Sorry haven’t lived in Vic in decades.