And now for something completely different: anti-pigeon defences.

Pigeons can get everywhere, making nests, leaving droppings. These ones seem very interested in the next trains from Caulfield. 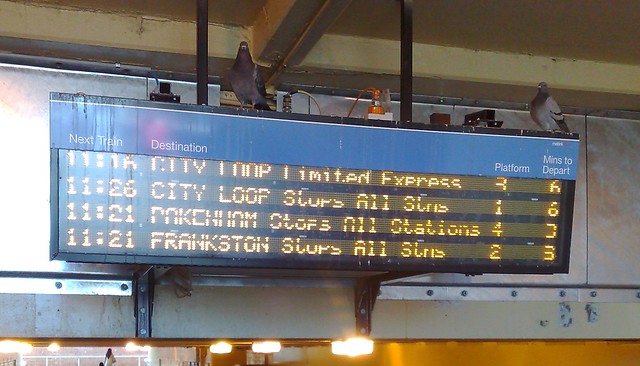 It’s probably gone mostly unnoticed, but over the past few years, various methods to prevent them roosting have become commonplace.

In the case of Caulfield station, they’ve put in a lot of netting that cordons off parts of the platform roof areas, including the tops of the signs. (I haven’t checked if they’ve fitted the sign above, which is in the subway.)

Solar-powered road signs now often have spiky bits on them, as do increasing numbers of shop signs, including big ones like this. (I think it looks a little odd up close.) 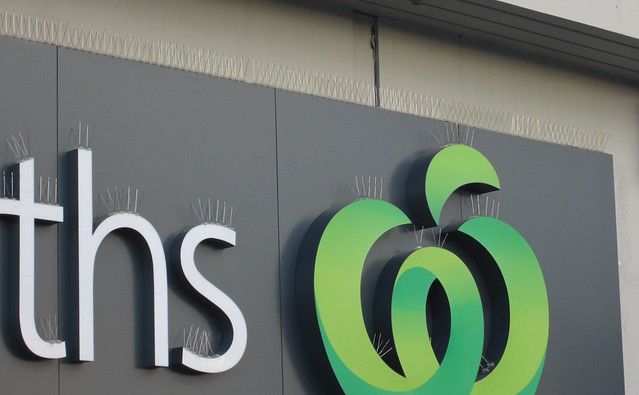 On this building in Centre Road, Bentleigh, there are fake owls around the top. I’m not sure how effective they are. 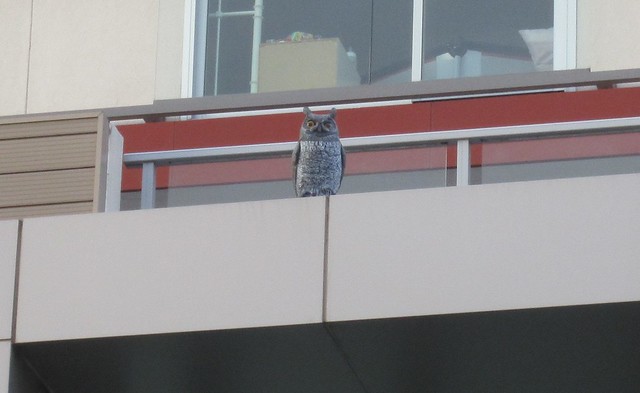 But despite these methods, sometimes the pigeons still win. 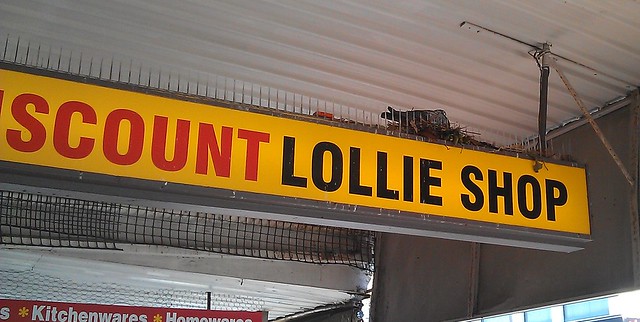 Awwww the one who’s made a nest in amongst the spikes of the incorrectly spelled Lollie shop should be allowed to stay there in honour of their effort and resilience.

Here in Geneva, there’s a different way of ‘startling the pigeons’ – http://blurbfromtheburbs.blogspot.com/2011/12/thank-you-in-advance-for-attention-paid.html

Awesome post, Kath! How I wish someone would introduce that method in Australia. Is falconry even legal in Australia? (Apart from places such as Healesville Sanctuary that have raptor training programs for rehabilitation of injured birds and for public education.)

@Bonnie, they used eagles to control the seagulls at the MCG recently during the AFL finals.

In a factory where I once worked a pest cotrol mob would come in and set baits with a white powder mixed with seed, the boss said this was a powerful hallucinogen which would cause the birds to fly for hours and not be able to find their way back. You don’t want dead birds in a factory processing food.

There are pigeon nests in the building across the road where I now work, I’ve seen crows pull chicks from the nests and drop them on the road so cars will provide a mincing service.