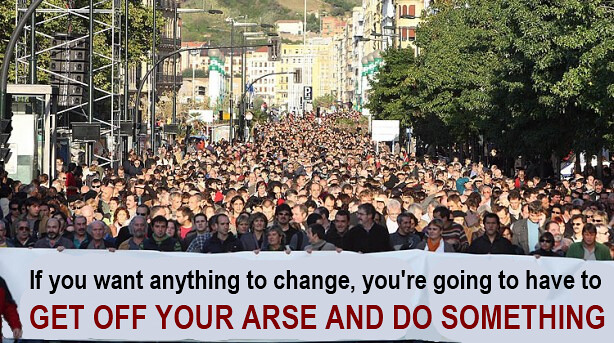 No doubt this will sound familiar to those who are active in voluntary advocacy groups:

“I DEMAND TO KNOW WHY YOUR GROUP OF OVERWORKED VOLUNTEERS, WHICH I AM NOT A MEMBER OF, IS NOT PURSUING MY PERSONAL GRIEVANCE.”

I suspect many people have a genuine grievance, but think that complaining to the advocacy group is going to get action, when in reality they’re already snowed-under.

In many cases there are more appropriate places to direct your complaint. Actions more likely to get a result include (with examples from the public transport sector that I’m most familiar with):

There’s any number of avenues to pursue ahead of just whinging to an advocacy group which probably has lots of other higher priorities to pursue, limited resources, and overworked volunteers.

By all means copy those groups on your correspondence, so they know your issue is happening (and may see patterns or a wider problem emerging, and perhaps even be able to run with it), but don’t assume they have the time and resources to do much with it… if YOU care about it, YOU need to get the ball rolling.

Being a member of a couple of advocacy groups that involve a lot of unpaid ‘spare’ (the term is used loosely) time it can be mightily frustrating to be bailed up in the street or have someone rock up to one meeting, have a whinge and never offer to help or be seen again.

So, what did the original correspondent actually want you to drop everything to follow up?

@vaughan, you think there was just one?

How do we find out if a particular issue is already being pursued?

The issue I’m concerned with is: Why isn’t there a government regulation forcing Metro Trains to provide a service like tramTRACKER? Specifically, the ability to see online, the same information that’s available on the displays or audio systems of train stations.

I believe this issue is important because (a) it would enable greater public visibility of punctuality and cancellations, (b) auditors could compare this information with actual train arrival times and with Metro’s stated performance, (c) passengers could plan their trips based on real-time information.

I’ve already contacted Metro who responded that they have “Live Service Updates” on their home page. I responded that this was inadequate since it only shows “Good Service” when trains are delayed up to 15 minutes, and asked if they would be implementing a tramTRACKER-like system. Unfortunately I received no response to this.