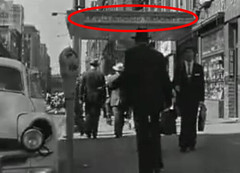 Along with the now-closed Technical Bookshop, McGills was a regular geek destination when I was growing up, somewhere I could browse and purchase material for the two geeky pursuits of mine: technology and transport.

I held onto my 8-bit BBC Micro for longer than most people, and it was never the most popular platform, so by the late-80s, few shops still stocked the magazines. But McGills kept stocking BBC Acorn User, and I kept buying it from them regularly. Even after the 8-bit computers faded away, I kept going back when passing to look through and occasionally buy Edge or some other geeky mag.

Less regularly I also looked at transport journals. At home I have an issue of Transit Australia, the journal of the Australian Electric Traction Association, highlighting the opening of the City Loop. I’m reasonably sure I bought that at McGills. And in the days before Amazon, McGills and Tech Books were the places to look for obscure titles.

Even these days, with competition in magazines from the excellent MagNation, McGills still has an almost unique collection of interstate and overseas newspapers (it’s where I went to get Virginia’s rant about me in print), and one can often find nicer greeting cards there than from the mainstream card shops and newsagents.

They have been at that spot in Elizabeth Street for many decades. There’s a shot in the original version of On The Beach where you can see them (sorry the grab I found is so fuzzy). But the business itself has apparently been running since 1860.

But McGills in Melbourne will close in July, due to rent issues.

And so another Melbourne icon disappears.

7 replies on “McGills to close”

I felt a bit sad hearing this too. Not that I’m ever in town anymore, not that I have been there in years…but I do remember going in there many moons ago as a student and a city worker.

Well that is extremely sad. An absolute Melbourne institution. I guess those of us that are part of this information revolution are each partly to blame though. I can’t remember the last time I bought a book there.

I’m sad to hear this, too. (Not that I ever went there on my visits.)

I was even more sorry to hear that the Technical Bookshop had closed. Now that I *did* frequent, doing quite some damage with my Debit Card! There is still a little pile of books at my bedside from there, including the truly delightful “Federation House”, which I browse whenever I miss Australia. (Which is quite often.)

Amazon etc. are great but they are having an effect on the High Street…….

(Is there an Amazon Australia?)

I got this email last Tuesday.

Dear valued customers (and in many cases, friends),

I write with sad news. We have received news that McGill’s will close its doors for the last time on Friday, June 5th after 149 years of trading.

I want to personally thank you for your service over the years and am deeply saddened that we will no longer be able to hold magazines for you. All the best for your respective futures and thanks again for making my time here so enjoyable.

I was just walking past McGills today and was shocked to see it closed. Google just revealed your post. It had a great bunch of people, and I loved how they kept the books sealed. Bugger :(

Is not the first long-established business to close around the place, a lot of other shops are starting to have rent issues.

I used to buy a few mags a week on railways, military and travel in Britain. So McGills demise will be a big loss.

I went into Angus & Robertson today to buy a book on Waterloo.
Sells for US$38 on Amazon, the RRP in Aus is $100, A&R wanted $155.
So it is little wonder book retailers are finding it hard to shift stock.