Is the culture around public transport changing?

Back in 2003 or so, General Motors Canada issued this advert: Creeps and Weirdos. 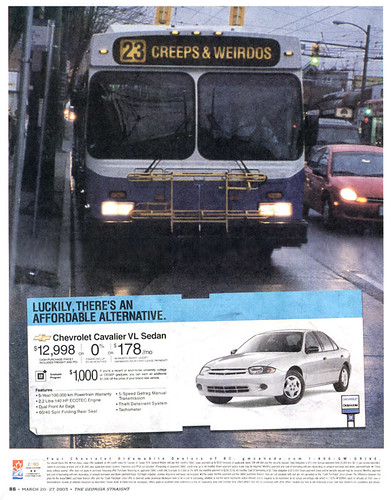 Later they apologised for it.

Something closer to the mark (at least for Melbourne’s buses) would have been “Pensioners and school kids”. But that hardly bites in quite the right way to convince people to buy a car, does it? How about “Infrequent and slow” then? That’d be a more justified criticism.

Of course, if advertisers took potshots at cars in the same way, there’s no end of ammunition that could be used. 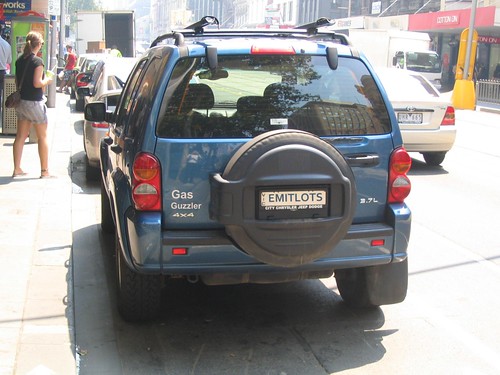 But more recently, public transport patronage (not just in Melbourne, but around the western world) has soared, and there seems to be at least some recognition that real people use it, at least from the companies not in opposition to it. 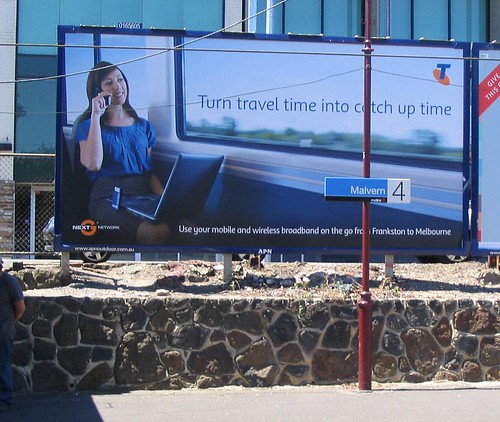 (Malvern station about a month ago)

Maybe I’m reading too much into this, but she’s not even the “typical” CBD peak hour commuter. After all, it can’t be rush hour in the photo — the train pictured is clearly not crowded, and the lady has a seat.

PS. Followup post by Richard Layman, who had the Creeps and Weirdos picture, above.

Are we sure it’s even a Melb train – it’s clean, the window’s haven’t been tagged, she has leg room, there’s no one in the seat beside her and she is actually smiling.
Clearly they made the ad on Mars.

LOL to the comment above. I’d guess it’s pretty bad on your trains. I know our buses here in the Ottawa area, and on this side of the Ottawa river in Gatineau are being used more than ever. The roads take a beating, but the traffic is less of a hassle with the more on the public transport.